What’s more frustrating than having prospects making a search on our booking engine to discover that the system returns a No-Availability message when, instead, we still have rooms to sell in our hotel?

Succinctly put, a No-Availability message is when user makes a search for dates where there are no available rooms.

No Availability Messages: dates are not available.

It is not my intention now to discuss and show how to better manage such a situation from a Marketing and Sales point of view; I have planned another dedicated post for that.

Instead, I wanted to approach this topic from a data-analysis perspective.

Because it’s usually behind the tiniest numbers that lie the most useful information.

Let’s have a look at this simple pie chart on the right:

Hotel #1: How often the Booking Engine returned “No Availability”.

12.3%, meaning, 12 times out of 100, users made searches for which the booking engine returned no rooms and rates.

As I always say, numbers don’t mean a single thing, if not placed in the right context.

In other words, any figure we look at, in this case our 12.3% of no-availability searches, tells us very little in terms of what the consequent action should be.

As a matter of fact, what if I ask you: “What would you do now, with this information in your hands?”

High chances that you wouldn’t know what to say.

Because rather than solving a doubt, it raises a few additional questions:

Generally speaking, for either one of the following 2 reasons:

There is actually a 3rd reason, but I’ll get back to it in a while, promised ?.

Now that we know how often, we’d need to know a little more in terms of when specifically the IBE returned no rooms and rates.

Although not easy to setup, tracking the dates that have been shopped in the booking engine can be done, in Google Analytics or any other tracking tools.

The reason why we might be wanting to know the dates for which prospects received no room-rate options is, in my opinion, of particular importance: because of the pick-up report.

If our pick-up only reports the number of reservations we got for a specific day, you are certainly missing out on the overall number of requests that we’ve received for that same day.

For example, let’s assume you have a hotel with 100 rooms and for a couple of days of the upcoming week you have applied a MinLOS of 2 on both days.

You see the point?

I know, it’s a simplified scenario and I am perfectly aware that there are tons of other variables that play a role in the decision making process.

However, without knowing the actual demand for each day, you might be taking decisions based on your production only: both days having, so far, the same forecast.

What to do to boost (direct) bookings?

Numbers should support the logic we are following.

We have just seen in the example above that Minimum Length of Stay may be one of the reasons for the booking engine to return no results.

Then, logically, if a day with available rooms gets many no-availability hits, for how many nights do actually prospects search for that day?

Again, it’s just an example, but if most searches are for 1 night on certain dates where we have a MinLOS, there is where we may be loosing most of our bookings.

Remember a while ago, when I mentioned a 3rd reason for which the IBE could return No Availability?

I’ve seen this quite some times and it’s all about hotels working with allotments rather than Free Sale.

Succinctly put: hotel assigns an allotment per room type. In order to avoid overbookings with other channels, the allotment is usually quite low.

Turns out that the X number of rooms allocated get sold and due to the fact that hotel does not have a PMS interface that aligns the availability in real time… well, I guess you got it, right?

Let’s jump back to what it was one of our initial questions.

As we’ve seen in the first place, 12 times out of 100 tentatives, the booking engine returned no availability.

Whilst good or bad is pretty much subjective, I’d rather ask: “does 12.3% make sense?”

Because it’s not much a question of volumes, rather of consistency.

To answer this question, we need to know another KPI that I haven’t mentioned so far: the overall occupancy rate of the hotel, over the same period of time.

Try to follow me: logically, the higher the occupancy rate, the more chances the booking engine – and theoretically all other channels – should return no rooms and rates. Right?

So, what if I tell you that this hotel, over the same period, had an occupancy rate of 90%?

On average, quite good performance, don’t you think?

To me, these figures do make totally sense. After so many years dealing with data, I’ve come to the conclusion that if a booking engine returns no rooms and rates once every three times, there is something fundamentally and deeply wrong.

But ok, maybe I’m being just too hasty.

May there be reasons behind such a figure?

I guess you might be asking whether this hotel is fully booked, basically every single day, right?

Less than 70% occupancy rate on average.

This is what I mean with consistent values, rather than good or bad.

Moreover, this is what I mean with numbers being just numbers, if not placed in the right context.

Price Comparison Widgets: How OTAs Makes Them Useless (and Dangerous). 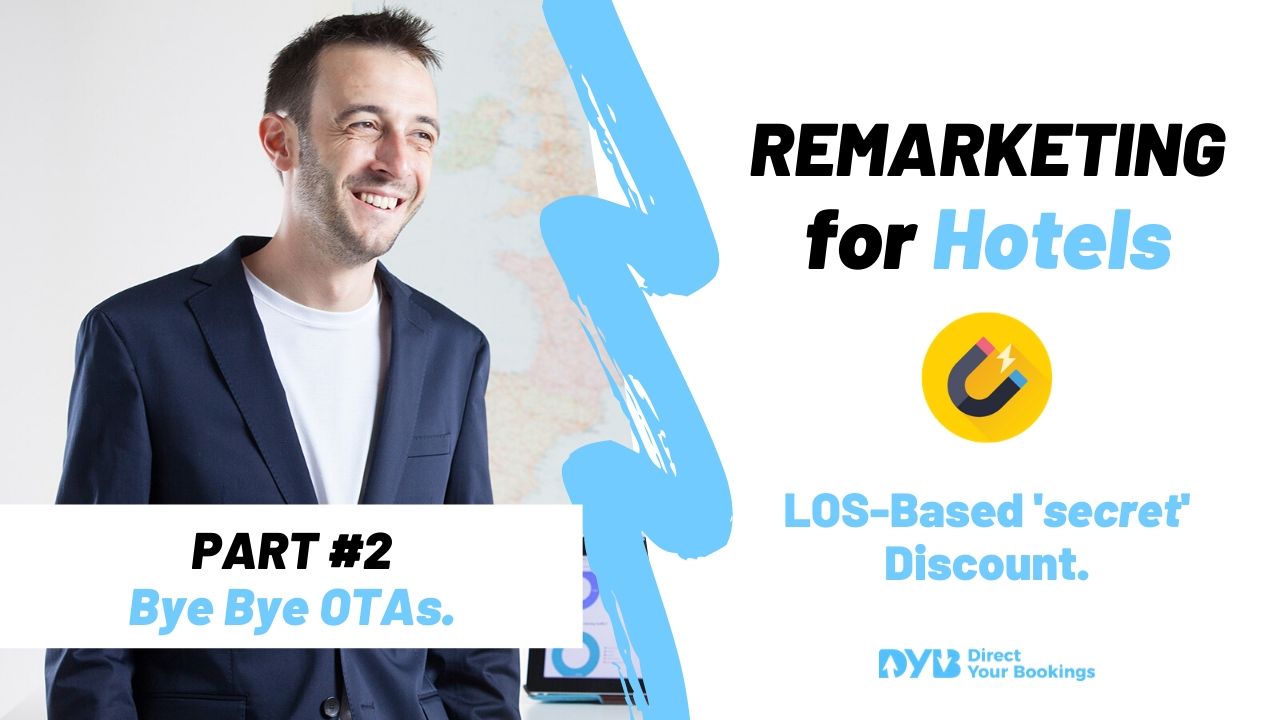 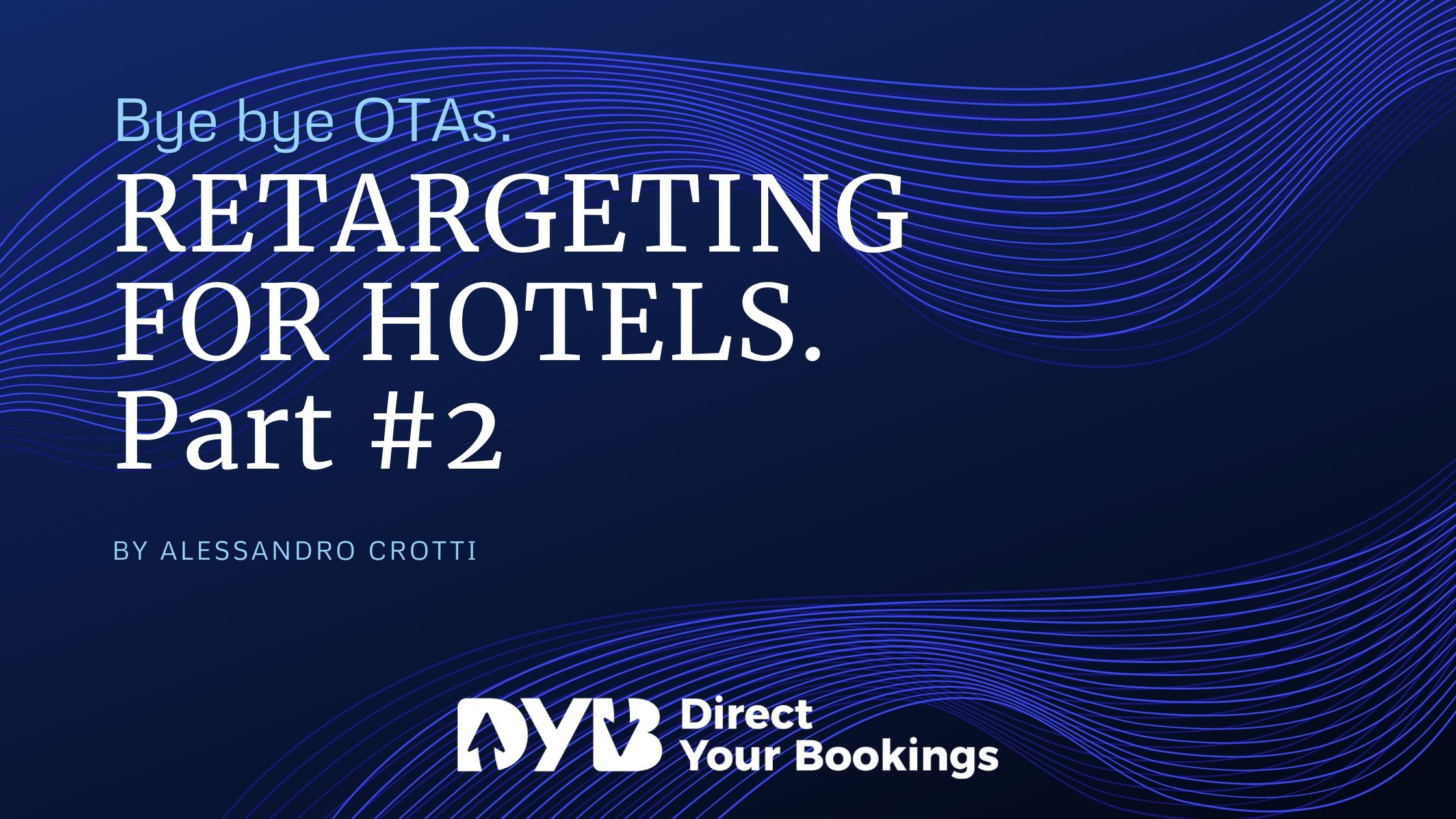